June 2022: Ihagee and the Exakta by Vladimir Khazan

Johan Steenbergen, a Dutchman, founded Industrie-und-Handelsgesellschaft in Dresden in 1912. The name was shortened to Ihagee (based on the German pronunciation of the acronym IHG, ee-hah-geh), and later known as Ihagee Kamerawerk Steenbergen & Co. The name appeared as “Jhagee” on the camera. Produced from 1930s to 1976, the Exakta was Ihagee’s biggest success. The first actual SLR was probably an unwieldly model manufactured in the Soviet Union and only sold there. In contrast, the Kine Exakta was an immediate worldwide success story.

In a glowing review in Shutterbug (2019), Jason Schneider listed “5 Reasons Every Photographer Should Shoot with a Kine Exakta, the World’s First True 35mm SLR.”

“Ever so slowly they developed it into the first true 35mm SLR system, replete with scores of lenses, finders, and a host of specialized accessories. Prior to the introduction of the Nikon F in 1959, the Exakta was the darling of scientists, doctors, researchers, and a broad spectrum of pro and enthusiast photographers.”

Kine-Exakta c.1936 (above); Kine-Exakta with back removed to show interior. Note the left-hand lever wind and right-to-left film transport. (below) 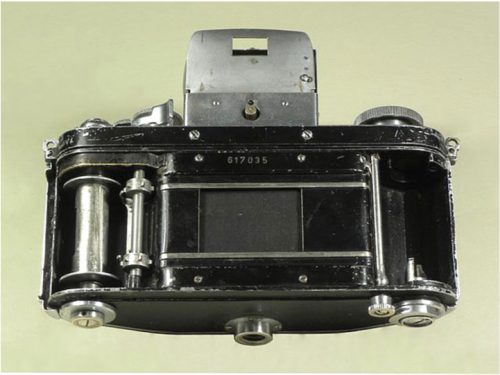 Sales slumped in the 1970s when Ihagee faced stiff Japanese competition, along with its origins and manufacturing based in East Germany. Khazan has presented on the Minox and a history of Zeiss Ikon from the 1820s to 1945. His presentation on the Exakta will offer a business and photographic perspective on this firm and its products.

To join our ZOOM meetings, sign up to receive our monthly emails, which include meeting information, links to our Snap Shots newsletters, and other photo history items. Consider becoming a PHSNE member—the first year membership is half-price! 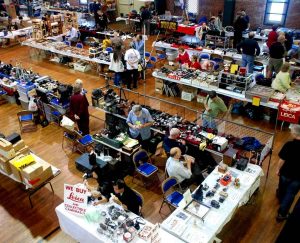 May 2020: No Meeting—But Here’s a Trip Down Memory Lane

Along with the cancellation of the April 2020 Photographica show, the May 3 trip to the Davis Museum at Wellesley College was also cancelled due to COVID-19 social distancing requirements. Instead, take a trip down Memory Lane, featuring photographs from 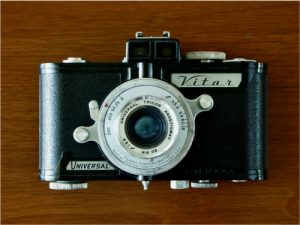 The Universal Vitar: The Spare Parts Camera & The Univex Story

To appreciate the Universal Vitar, one must first know how it came to be. Universal Camera Corp., with headquarters in New York City, was founded in 1932 by Otto Githens and Jacob Shapiro. The company produced several cameras during the 1930’s and 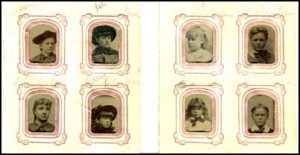