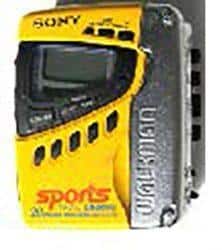 Bright yellow was a popular color for waterproof electronics in the 1980s; the Sony Walkman is a prime example. Minolta followed suit with its bright yellow waterproof cameras, one “for each of the popular film formats, 110, 35, and APS,” for the 20-plus years the Weathermatic line was in production.

The first entry in this all-weather camera line was the 110 film, 1980 Minolta Weathermatic A” (https://www.aperturepreview.com/minolta-weathermatic-a). Looks aside, the vivid yellow body serves a purpose; the cameras are very visible both underwater and above. The black components, the only other color on the camera, are more easily read underwater.

The controls are on top on large easily-handled dials. The left dial can be set for fullsun, cloudy conditions, or flash. The dial on the right side is a focus scale from infinity to three feet. The shutter speed is fixed at 1/200th of a second. 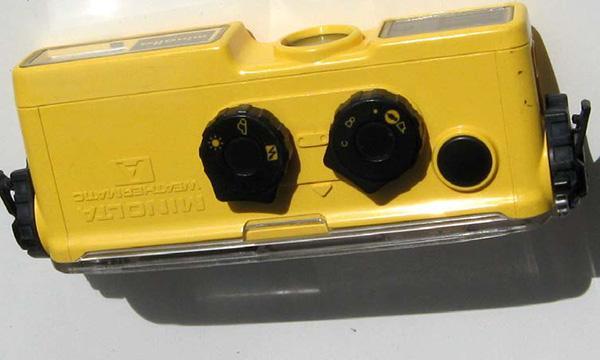 “The overall look and presentation are very 1980s and the camera is incredibly solid.” It is fairly large for a camera of its type. A unique feature of the Weathermatic A is that it floats, very helpful if it falls from a boat or dock.

One AA battery powers the CdS light meter and the flash. Changing the battery requires lifting a tab on knobs at both ends of the camera and turning them to the open position. You can then remove the clear plastic backing of the camera which is otherwise held in place by a safety plastic piece.

“Inside you see the battery door and film door respectively. The camera is able to distinguish between an ASA of 100 to 400, according to correctly-tabbed 110 films. Since the back of the camera is clear plastic, you are also able to see the film and what frame you are currently on.”

One user noted, “I think most of the photos I came away with were over- or under-exposed. Having such a limited range of apertures and a way-too-fast shutter of 1/200th of a second made for shots I was just winging without a true meter,” adding, “Surprisingly enough the ‘meter’ in the Weathermatic A is only a yes/no type. The only indication being a flashing red light when you’re in low light. The camera has mostly mechanical components, so you are able to completely use the camera without a battery.” Optional accessories include a wrist strap, clip-on sports finder, and matching yellow bags.

The user concludes, “This is not a point and shoot camera, you need to be familiar with Scale Focusing to get workable results. As a 110 waterproof and underwater camera it’s great, but as a 110 camera on its own, it just barely passes for me.”

Another reviewer noted, “With a 26mm f/3.5 lens, the camera is set up for most photographic moments. Within the viewfinder, there is a focus scale, frame lines, and an indication light that lets you know when you’re in low light situations. (It’s) Surprisingly bright and easy enough to use with glasses or underwater.

To wind the camera there is a lever positioned on the underside of the camera, where your right thumb would rest while holding it. Push the lever forward to wind, until the 110 film notch catches and the winding stops (https://tinyurl.com/4vubh2tf).”

He adds, “Although Minolta markets the Weathermatic 35DL as having a ‘dual lens,’ it really has only one lens, but uses a ‘dual’ focus design, which varies the amount of space between lens groups to achieve two different focal lengths, 35mm and 50mm. Other features include DX coding, AF above water, close-up setting, two choices of batteries, and a surprisingly quick recycling flash.”

He praised the camera as being “probably the most ergonomic 35mm camera I’ve ever held due to the contoured right hand grip and slightly raised ‘grab’ bar on the left hand side.” While the camera is waterproof, if water gets inside the camera it will damage or destroy it. Avoid opening it while it is still wet. 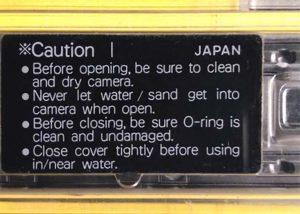 Weathermatic warning label on the back 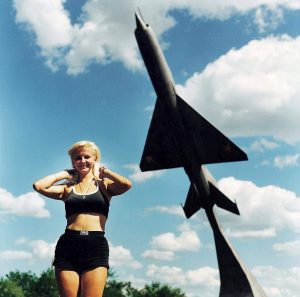 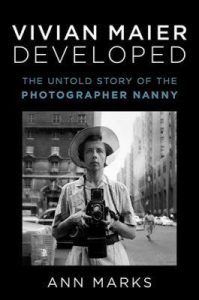 Just in time for the holidays, author Ann Marks has published her “definitive” biography of the enigmatic Vivian Maier. When the contents of Vivian Maier’s storage unit were auctioned off for non-payment in 2007, the acquisitive auction winners weren’t sure 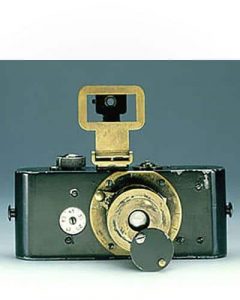 The Ur-Leica, generally referred to as the original Leica, should actually be called Ur-Leitz since the Leica name wasn’t in use until 1925. The word Ur has German roots; English and German dictionaries define Ur as primeval, primitive, original, earliest.