Mercury CC-1500: A Rare Version of the Univex Mercury CC

Manufactured by the Universal Camera Corp. of New York from 1939-1941, the Mercury CC, cast from an aluminum alloy and covered with leather, was one of the most interesting, unusual and innovative designs of the time. The rounded protrusion on top was due to its unique rotary shutter with a top shutter speed of 1/1000 second, America’s fastest camera at the time. The Mercury CC was also the first camera to have internal flash synchronization (a hot shoe). The standard lens was the Tricor Anastigmat 35mm f3.5, and the cost of the camera was $25.00, a very reasonable price considering its features.

Although this is a half-frame 35mm camera, the film used was Univex 200 roll film, a 35mm film on a special geared spool. The film advance mechanism required the Univex geared spool in order to operate. Instructions for film loading and unloading can be found in the instruction manual available in Butkus’s Camera Manual Library website (pages 8-15). 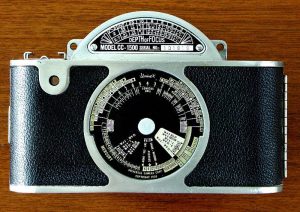 The Mercury CC 1500 from the back. A surprisingly sleek and good-looking camera.

The Mercury CC-1500 is considered quite rare. It was produced for only one year, with an estimated production of 3,000 cameras, compared to 45,000 for the standard Mercury CC model. The Mercury CC continued to sell well, but World War II caused Universal to cease production and they began manufacturing binoculars and other products for the duration of the war.

After the war, Universal decided to redesign the Mercury CC to accept standard 35mm film. The new model, slightly larger than the Mercury CC, would be known as Mercury II, without the “Univex” logo. Although popular, the new body was made from an aluminum-magnesium alloy and did not hold up well compared to the all-aluminum body of the Mercury CC. Newer models did not receive the recognition or acclaim of the Mercury cameras, and the company struggled financially, ultimately declaring bankruptcy and finally going out of business in 1952. 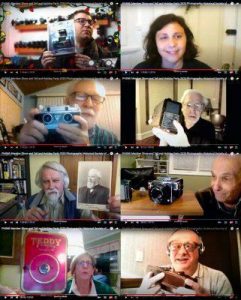 Ho! Ho! Ho! You’ve been waiting all year for this—a chance to mix, mingle and watch PHSNE members show and tell about their favorite collection items. Remember Marti’s basement tour last year? What new surprises are in store this time? 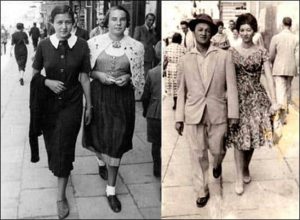 PHSNE’s March 2021 Zoom meeting hosts curator Mary Panzer for a presentation on a form of commercial portraiture practiced around the globe from the 1930s through the 1970s, but has largely disappeared. Her talk, “Street Vendor Portraits: A Democratic Art,” 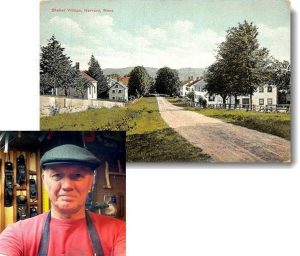 PHSNE’s April 2021 meeting features Ned Quist’s research and presentation on a group of amateur photographers who photographed the Harvard Shaker Village in the late 19th and early 20th century. The Zoom meeting begins Sunday, April 4, 2021, at 7:30

June 5 — Vladimir Khazan on the Exakta

To everyone who participated in this year’s Photographica 89 — Thank You!

June 5 – Vladimir Khazan on the Exakta

A Big Thank You

To everyone who participated in the years’ Photographica 89!